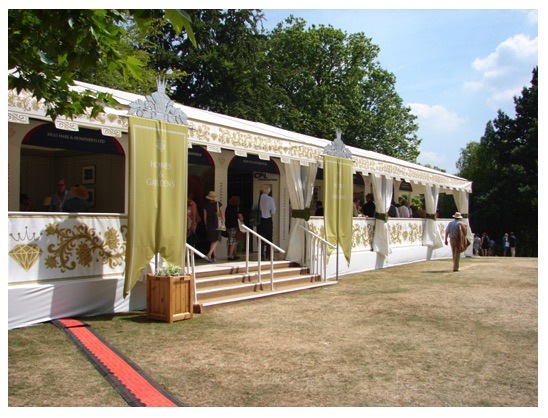 We were delighted to design and install two exhibition stands for our Royal Warrant Holder clients at the Coronation Festival held at Buckingham Palace from 11th July to 14th July.

We were appointed stand contractor for Heirlooms Linens and CPL Distribution. We designed, managed and built their stands at Buckingham Palace and received great feedback.

Heirlooms Linens supply Buckingham Palace with all of their linen, from bed sheets to table cloths. We have been the stand contractor for Heirlooms on a number of occasions including the Monaco Yacht Show and London Decorex so we have a close working relationship with them. We were able to create an up market stand exhibiting their exclusive products.

CPL Distribution is the Royal Warrant Holder’s as supplier of coal to Buckingham Palace. The stand space available was limited 3metres by 3 metres, however we were able to showcase their company with a unique stand design. The outcome was a clean and crisp stand representing a cutting edge eco-coal product.